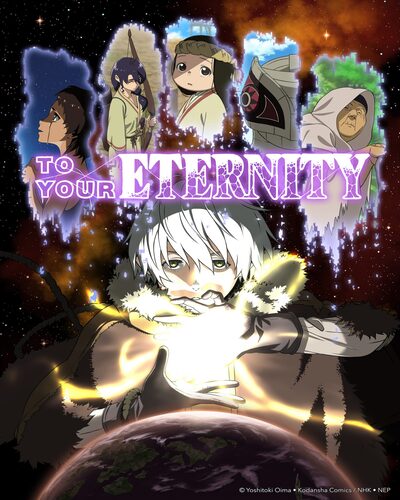 To Your Eternity anime‘s official website revealed that the anime will premiere on April 12, 2021. The website additionally released a new key visual, ending theme song and more staff members.

The anime’s cast members include:

To Your Eternity anime is listed with 20 episodes.

Kodansha Comics is distributing the manga in English, and it portrays the story:

”A new manga from the creator of the acclaimed A Silent Voice, featuring intimate, emotional drama and an epic story spanning time and space…
A lonely boy wandering the Arctic regions of North America meets a wolf, and the two become fast friends, depending on each other to survive the harsh environment. But the boy has a history, and the wolf is more than meets the eye as well… To Your Eternity is a totally unique and moving manga about death, life, reincarnation, and the nature of love.”

Kazurou Inoue Announced to Launch New Manga in May

Attack on Titan Ends The Life Off Two Respected Soldiers