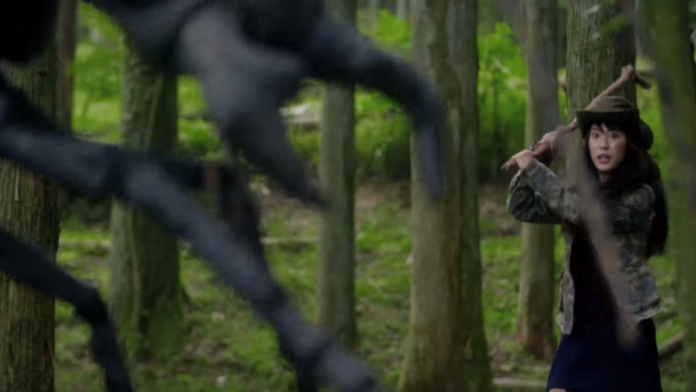 Island of Giant Insects anime’s official website released a Live-Action promo video. The video will screen at the “Atami Kaijū Eiga Matsuri” occasion in Atami, Shizuoka from November 22 to 24. The site likewise uncovered that the OVA adaptation of the anime will air on TV on AT-X on December 1 at 8:30 p.m.

The theatrical film form of the anime will open in Japan on January 10.

The Island of Giant Insects Has Been Described:

“After an airplane crash during a school trip, Oribe Mutsumi and her classmates were stranded on a seemingly deserted island. Mutsumi found the other survivors and used her wilderness knowledge to help them. She expects that they will be rescued in about three days, which doesn’t seem so long to endure. However, she didn’t account for the fact that the island is populated with gigantic killer insects. Her knowledge of butterflies, wasps, and more may be the only thing that will help.“

New Rurouni Kenshin Stage Musical Is Cancelled Due To The Pandemic