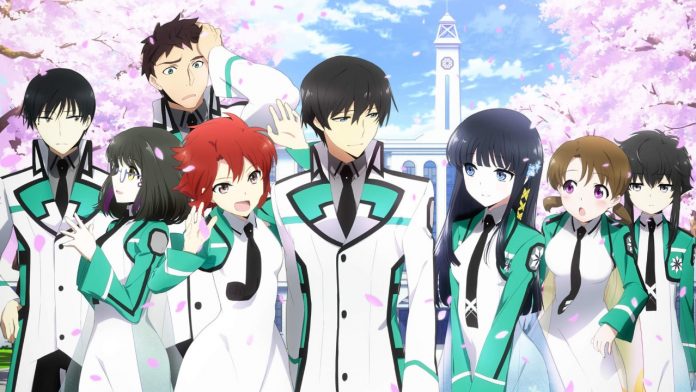 The Irregular at Magic High School has at long last returned for the following season, and this implies it has appeared a new opening theme song. The Irregular at Magic High School: Visitor Arc has, at last, appeared as a major aspect of the new Fall 2020 anime season. Filling in as one of the main anime returning for a new bunch of episodes for the season.

The new opening highlights looks at a considerable lot of the fights and characters to come over this new season. The Irregular at Magic High School: Visitor Arc has formally made its introduction, the official Twitter account of the series released a creditless variant of the initial topic that appeared with the finish of the first episode.

The new opening is titled “Howling” as performed by ASCA, check it out below:

Funimation describes the series: “Miyuki Shiba’s classmate Kitayama Shizuku is on her way to study abroad. For magicians, this is normally impossible, since allowing the genes of someone who can use magic outside their home country’s borders is tantamount to giving up national secrets. But it’s allowed to happen in one case—exchange programs.

And that’s how Angelina Kudou Shields, known as Lina, has arrived in Japan from the USNA to study at First High. Around the time Lina arrived in Japan, magicians began getting attacked by a mysterious being who leaves his victims drained of blood. Will Tatsuya and Miyuki Shiba be able to discover the identity of the ‘Vampire’?”