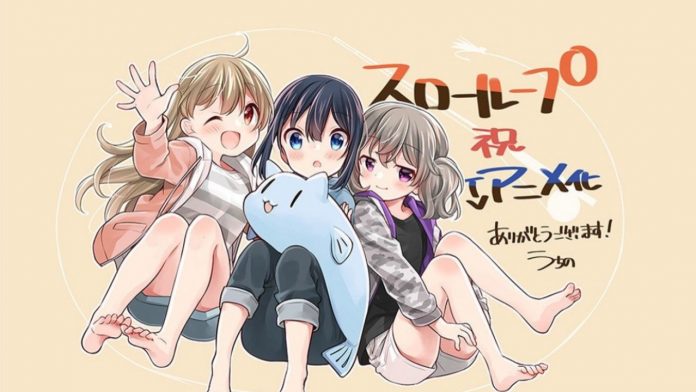 Kimuru the manga creator posted a visual of the February 2021 issue of Houbunsha’s Manga Time Kirara Forward magazine, and the issue’s cover reports that Maiko Uchino’s Slow Loop manga is getting a TV anime series.

The Slow Loop manga centers on Hiyori, a girl who enjoys fly fishing by the beach, an activity passed down to her by her late father. On one typical day at the beach, she happens to meet Koharu, who happens to be her new stepsister from her mother’s new marriage.

Houbunsha distributed the manga’s third compiled book volume on June 12 and will distribute the fourth volume on January 12.

The Way of the Househusband New Trailer Confirms Release Date

Twittering Birds Never Fly Anime Will Have Three Instalments With 60...

MBS Director Is Uncertain About A Possible Jujutsu Kaisen Season 2...