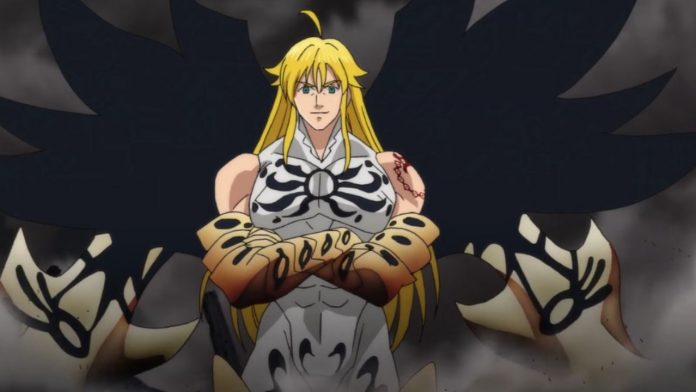 The Seven Deadly Sins‘ anime is going to arrive at its finale in Japan, and the questionable series has released a new trailer to praise the final episodes of its fifth season. Fans will not need to stand by too long to even think about seeing the arrival of their #1 Sins, as a new sequel film, Seven Deadly Sins: Cursed By The Light, will be released later this year alongside a new chapter of the manga.

The fifth season is at present broadcasting in Japan, however, fans in the West should stand by somewhat more to see it hit the real-time streaming service of Netflix. The Official Seven Deadly Sins Twitter Account shared the new trailer for the large anime finale, which is seeking made way for the spin-off film to hit theaters later this year.

Anime’s official description: “When they were accused of trying to overthrow the monarchy, the feared warriors the Seven Deadly Sins were sent into exile. Princess Elizabeth discovers the truth—the Sins were framed by the king’s guard, the Holy Knights—too late to prevent them from assassinating her father and seizing the throne! Now the princess is on the run, seeking the Sins to help her reclaim the kingdom. But the first Sin she meets, Meliodas, is a little innkeeper with a talking pig. He doesn’t even have a real sword! Have the legends of the Sins’ strength been exaggerated …?

My Hero Academia Puts The Todoroki’s On A Dangerous Mission

One Piece Reveals The Voice Actor Who Will Voice Yamato

KONOSUBA Spinoff “An Explosion on This Wonderful World!” Anime Confirmed With...