Naruto Masashi Kishimoto‘s series keeps on being one of the most well-known establishments to ever left the pages of Shueisha’s Weekly Shonen Jump magazine, and there’s not a single indication of halting to be seen as the arrangement commends its twentieth Anniversary with the assistance of its real continuation arrangement, Boruto: Naruto Next Generations.

Despite the fact that Kishimoto has to a great extent moved onto his most up to date work, Samurai 8: The Tale of Hachimaru, the maker still shows love to his breakout hit every now and then.

As a major aspect of the festival honoring the momentous commemoration, The creator has shared another sketch for Naruto’s 20th Anniversary that fans will most likely jump on the new stock during the forthcoming NARUTO to BORUTO THE LIVE occasion in Japan.

This new sketch sees the more youthful Naruto shaking an intense number 20 on his clench hand, and fans will before long have the option to buy unique merchandise bearing this picture during the uncommon occasion in Japan Taking spot on October 5-6 at the Makuhari Messe Event Hall in Chiba Prefecture in Japan.

There will likewise be an extraordinary live-scene perusing including the cast members down below: 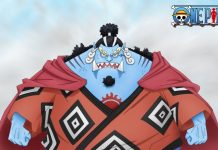 July 26, 2019
We use cookies to ensure that we give you the best experience on our website. If you continue to use this site we will assume that you are happy with it.Ok