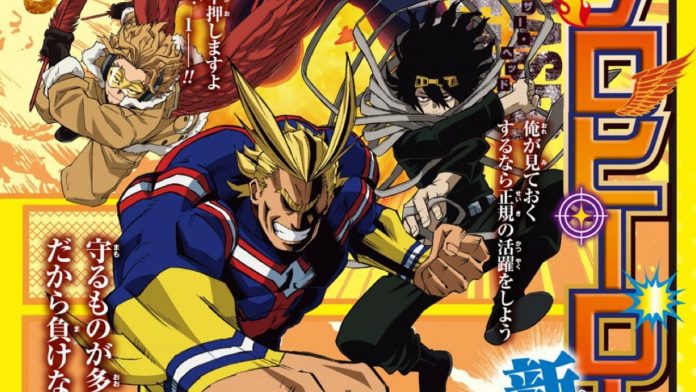 My Hero Academia has released a new visual for Season 5! The fifth season of the series is perhaps the most foreseen arrivals of the year in general as fans have been on edge to perceive how the arrangement might actually top the last episode of the fourth season. The last two episodes brought the anime into its Pro Hero arc and perceived how Endeavor and Hawks fought against another sort of High-End Nomu that pushed Endeavor as far as possible and saw him win the hearts and brains of people in general through that exertion.

So what would we be able to expect with the following season? My Hero Academia has delivered another visual for Season 5 of the arrangement in the most recent issue of Shueisha’s Weekly Shonen Jump magazine that highlights Endeavor and Hawks, yet Aizawa and All Might too. Every one of these genius saints will assume a part in the following period of the anime in unexpected manners in comparison to what you would most likely expect subsequent to seeing the primary trailer advancing the forthcoming Joint Training bend from Kohei Horikoshi’s unique manga arrangement.

You can look at it underneath as shared by @aitaikimochi on Twitter:

My Hero Academia will be returning for its fifth season on March 27th. The fifth period of the anime will commence with the Joint Training circular segment which sees Class 1-An and Class 1-B’s understudies set in opposition to one another in a progression of group fights that exhibits exactly how much each individual class has developed.

While Class 1-A has been managing villains, Class 1-B has not been relaxing in the smallest and will unquestionably astound with their degree of ability. What is a secret is the thing that the remainder of the period will cover. Assuming the Joint Training arc will keep going for the first cour of scenes in the new season, it’s reasonable we’ll see some beautiful extraordinary stuff before everything reaches a conclusion.

Boruto Teases the Introduction Of a New Mysterious Villain