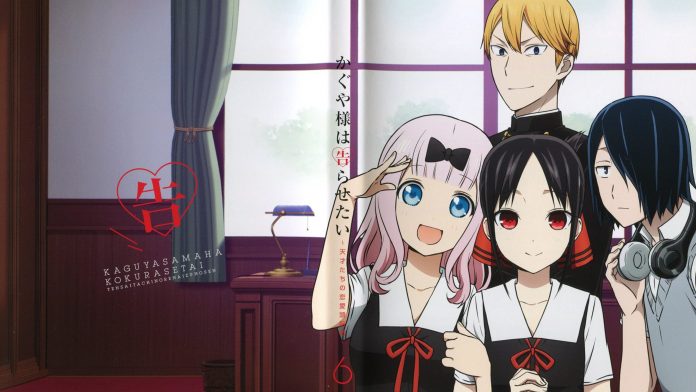 Kaguya-sama: Love is War was one of the more generally welcomed lighthearted comedies of the year. Fortunately, the following season 2 has been affirmed to be on the way, and it’s an amazing update with respect to the effect of this romantic-comedy as the year finds some conclusion.

Kaguya-sama: Love is War TV anime’s official Twitter account announced that the anime will get a third season just as an OVA project. The OVA will release in 2021.

Viz Media has licensed the original manga for an English language release, and they describe the series as such, “Kaguya Shinomiya and Miyuki Shirogane are two geniuses who stand atop their prestigious academy’s student council, making them the elite among elite. But it’s lonely at the top and each has fallen for the other. There’s just one huge problem standing in the way of lovey-dovey bliss they’re both too prideful to be the first to confess their romantic feelings and thus become the “loser” in the competition of love! And so begins their daily schemes to force the other to confess first!”

Demon Slayer’s Wild Boy Inosuke Is Brought To Life With These...

Deku İs Trending On Social Media After The Epic Battle With...