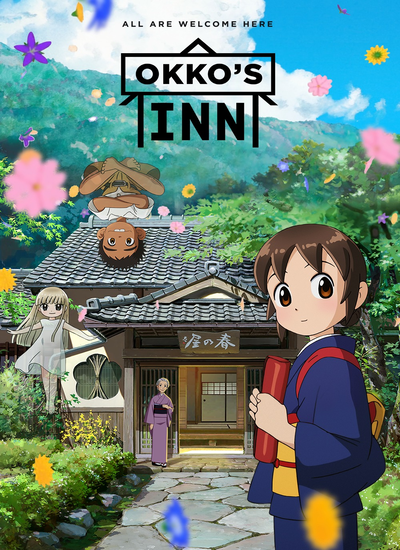 GKIDS and Fathom Events will hold United States screenings of the anime movie on April 22-23. Screenings on Monday, April 22 at 7:00 p.m. nearby time will be English named, while screenings on Tuesday, April 23 at 7:00 p.m. will be in Japanese with English captions. The New York International Children’s Film Festival (NYICFF) screened the world debut of the movie’s English name on February 23, with another screening made arrangements for Sunday, March 10.

OKKO’S INN pursues Okko, who goes to live with her grandma in the field in the wake of losing her folks. While she gets ready to end up the motel’s next overseer, Okko finds there are fun loving apparitions who live there. Be that as it may, no one but she can see them…

DLE and Madhouse energized the movie alongside the TV anime, yet Kitaro Kousaka (A-Girl, Nasu: Summer in Andalusia) coordinated the movie rather than the TV anime’s chiefs. Essentially, Reiko Yoshida (K-ON!, The Cat Returns, Girls und Panzer) composed the content rather than the TV staff. Kyōko Yauchi was accountable for the craftsmanship setting, and Shunsuke Hirota was the activity executive.

New Forms of Boruto and Kawaki Have Been Revealed

Sailor Moon Is Brought Back To Life By A Gorgeous Cosplay...