SCANDAL musical group band’s official website announced that they will play out the new ending theme song “A.M.D.K.J.” for the GeGeGe no Kitaro anime. The new ending theme will debut on January 5. The anime debuted in April 2018 and replaced Dragon Ball Super in the equivalent timeslot.

The show entered its second year in April, and afterward entered it’s “last arc” titled the “Nurarihyon Arc” on October 6.

Plot: “GeGeGe no Kitaro centers around the young Kitarō—the last overcomer of the Ghost Tribe—and his undertakings with different fiends and bizarre animals of Japanese folklore. Alongside: the remaining parts of his dad, Medama-Oyaji (an embalmed Ghost tribesman resurrected to occupy his old eyeball); Nezumi-Otoko (the rodent man); Neko-Musume (the feline young lady); and a large group of other folkloric animals, Kitarō endeavors to join the universes of people and Yōkai.

Numerous storylines include Kitarō going head to head with heap beasts from different nations, for example, the Chinese vampire Yasha, the Transylvanian Dracula IV, and other such non-Japanese manifestations. What’s more, Kitarō additionally bolts heads with different noxious Yōkai who undermine the harmony between the Japanese animals and people.”

Kitarō of the Graveyard was distributed as a rental manga in 1960, however it was considered unreasonably frightful for kids. In 1965, renamed to Hakaba no Kitarō, it showed up in Shōnen Magazine and went through 1970. The arrangement was renamed GeGeGe no Kitarō in 1967 and proceeded on Weekly Shōnen Sunday. 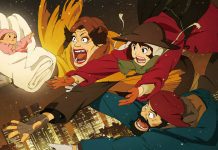 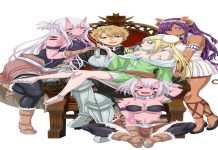 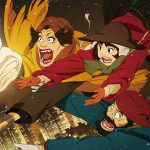 Crunchyroll Is Adding Kabaneri of the Iron Fortress Anime To Their...