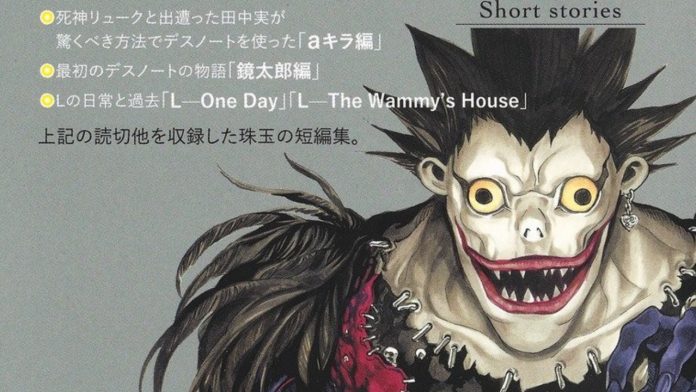 Death Note’s anime may have finished years prior, stopping the account of Light Yagami and his adjusted conscience of Kira as he endeavored to free the universe of detestable using the mystical scratch pad, however that hasn’t prevented the franchise from making new stories including the Shinigami Ryuk and different characters that have had their lives changed gratitude to the notebook entering their lives.

With another collection of manga series being delivered to additionally investigate the universe made by Tsugumi Ohba, we have our initial look at these accounts that will by and by bring the Death Note once more into the world on the loose. A year ago, we saw the arrival of Death Note through a spin-off manga part that presented another fundamental character in Minoru Tanaka, a little fellow who wasn’t hoping to kill all crooks like Light yet was somewhat looking to give himself an incredible payday by offering the executioner notebook to the most noteworthy bidder.

In spite of the fact that Minoru’s arrangement was unquestionably an amazing thing, he, shockingly, couldn’t get away from the dread that came from securing the book of Ryuk and probably won’t be a piece of things to come of the franchise.

Despite the fact that we don’t have a ton of insights about the accounts of the new treasury, it will be intriguing to see what characters are returned to from the well-known anime franchise! This first gander at Death Note: A Collection of Short Stories, which will be released in Japan on February 4th of this current month yet presently can’t seem to uncover when, or if, the new treasury will advance toward North America with an English deciphered form:

The heroes of Death Note have never had an extraordinary life following the securing of Ryuk’s enchanted thing, however that surely hasn’t prevented them from discovering approaches to profit themselves through their responsibility for notebook.

Attack on Titan’s Eren Meets With His Friends At The Wreckages...

Attack On Titan: If Eren Dies To Whom Can He Pass...