Kodansha’s Weekly Young Magazine announced on their 47th issue that Dr. Stone illustrator Boichi will draw another two-chapter manga in the magazine beginning in the 48th issue on October 26.

The two-chapter manga is named “Kare wa Soko ni Ita” (He Was There).

Dr. Stone is a Japanese manga arrangement composed by Riichiro Inagaki and illustrated by Boichi. It has been serialized in Weekly Shōnen Jump since March 2017, with the individual chapters gathered and distributed by Shueisha into seventeen tankōbon volumes as of September 2020.

An anime TV arrangement variation by TMS Entertainment broadcasted from July to December 2019. A second season of the anime arrangement zeroed in on the “Stone Wars” arc will debut in January 2021. 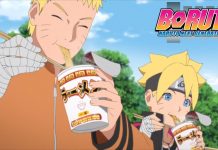 Demon Slayer Manga Will Reach The Climax in May

Demon Slayer: Kimetsu no Yaiba Franchise Will Have More Than 25...

Bungō Stray Dogs Will Get A Beast Spinoff Manga