Manga publishing company Kodansha’s 36th and 37th-morning issue magazine uncovered on Thursday that Shigemitsu Harada and Issei Hatsuyoshi’s Cells at Work! Code Black spinoff manga will go on break beginning from the following issue and will return in the magazine’s 45th issue on October 10. The morning will serialize another part in the magazine once every month after the manga returns.

Kodansha Comics authorized the manga and will deliver the principal volume on September 3. The organization depicts the manga’s story:

In this new spinoff of the hit manga, a beginner Red Blood Cell is one of 37 trillion attempting to keep this body running. Be that as it may, something’s incorrect! Stress hormones continue hollering at him to go quicker. The veins are crusted over with cholesterol. Ulcers, greasy liver, inconvenience first floor… It’s difficult for a cell to continue working when consistently is a CODE BLACK!

The manga and anime Cells at Work! demonstrated to you what happens when a youthful, sound body gets in a tough situation… in any case, imagine a scenario where the body wasn’t so youthful and was never solid. This new take stars a crisp confronted Red Blood Cell and his companion, the ample White Blood Cell, as they battle to keep themselves and their reality together through liquor abuse, smoking, erectile brokenness, competitor’s foot, gout… it’s strict body frightfulness! Whoever this person is, he’s fortunate his cells can’t take to the streets! 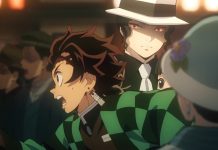 August 31, 2019
We use cookies to ensure that we give you the best experience on our website. If you continue to use this site we will assume that you are happy with it.Ok