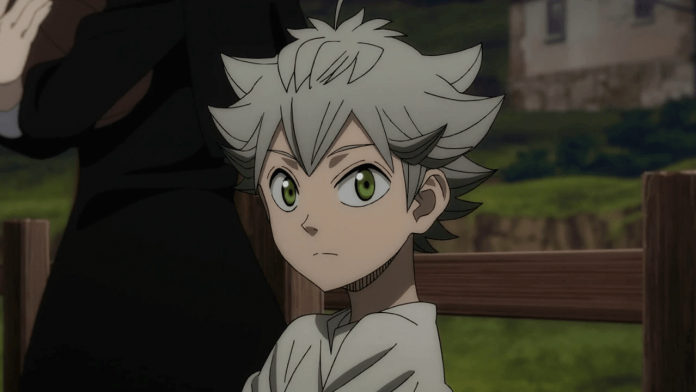 Fans will be the first to admit they missed Asta, and new fans are going to the arrangement every day as they search for new shows to keep them occupied with during the isolate.

Crunchyroll News talked with parents Roxy and Victor about their choice to name their child Asta after the hero of Yūki Tabata’s Black Clover manga. Both parents have been anime fans since kids.

Obviously you have to be a pretty big Black Clover fan to name your son Asta. What is it about Asta that made the name stick in your mind?

The name started to stick because of how wild Asta was in the womb. He’d act up like as he was in a tumble dryer. Just spinning around in there for half and hour, taking a break and then going back to his somersaults an hour later. Even the midwife, the nurses and doctors thought he was wild and extremely active in his early stage up until birth. They told us he was going to be a very strong and healthy baby. So Asta made super sense.

When the couples were asked would they name their future child after other Black Clover character their answer was:

Black Clover will probably stick with us because Yuno can go both for girls and boys. Noelle would be awesome if we had a girl, but she’s got a little thing going for Asta. Even their English dub voice actors got engaged, so we’re a little iffy on Noelle, but we are thinking strongly on both those names for our next child.

Burn The Witch Manga Gets Season 2

The Quintessential Quintuplets Anime Film Is Set To Release In 2022